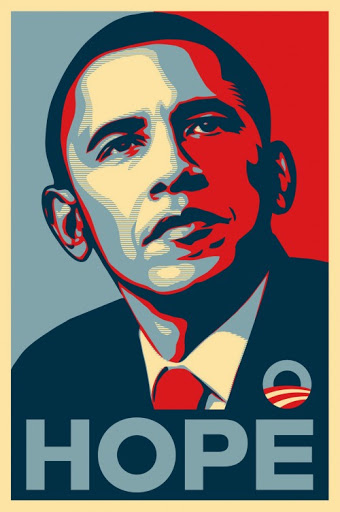 There was a lull in the music and announcements and cheers, and the masses that had gathered in front of the Capital Building seemed to hold their breath all at once in anticipation of Barack Obama’s grand entrance. Unable to bear the “silence”, the restless crowd began chanting, “Obama! Obama! Obama!” And then, as he emerged from the dark hallway of the Capital and into the low light of the winter sun, a chill ran down my spine. What was it about this inauguration that meant so much? What is it about this man and that moment that called to the hearts and souls of millions in this country and around the world?

Well, there are all the obvious answers: Being the first African American elected President, being the antithesis of the eight years we’ve endured with George W. as our leader, being a man who seems to “get it”, and a man who we, as a nation, can be proud to lead us and represent us. But I think at the heart of this momentous occasion is the fact that for so long we had taken for granted just how good we had it as a nation. Our American ideals and high standards lay buried and rotting during these years of complaisance and it impeded on our ability to effectively address the problems of our rapidly changing world. And when the walls of our comfortable and sheltered existence began to crumble, we became paralyzed— unsure of ourselves, and unsure of our leaders. Barack Obama has shaken our country from this paralysis and has brought hope back into our hearts. But more than that, he has inspired our people to unite and work hard to “remake America” as he put it, into a new nation that represents what we the people wish it to represent. He has made this vision of a new America seem attainable in the face of dire circumstances. And he has come to power at a time when Americans seem ready to once again work for more than just themselves; a time when Americans want to right what’s been wrong with our country for too long. It was all of these things, jumbled together into one big glob of emotions that made this inauguration special and historic, and filled eyes with tears, and sent shivers down my spine.

It has been an inspiring few days in our Nation’s Capital. The speeches, the songs, the crowds were all truly special and will be remembered for years to come. But inspiration, like this inaugural celebration is fleeting. We cannot allow ourselves to get complaisant again simply because we have elected a new leader that we have faith in. We must use this historic inauguration as a springboard of momentum to work to better our country and our world. Obama has lit the spark under the nation, showing all of us that it is possible to reign in change. And in order to produce the change we seek, a great effort from us will be imperative. “What is required of us now is a new era of responsibility – a recognition, on the part of every American, that we have duties to ourselves, our nation, and the world, duties that we do not grudgingly accept but rather seize gladly, firm in the knowledge that there is nothing so satisfying to the spirit, so defining of our character, than giving our all to a difficult task. This is the price and the promise of citizenship.” So let us celebrate today the inauguration of a man who represents our longing for change; let us celebrate the fact that we live in a country where a person of racial minority can become president; let us celebrate the hope that has once again united our country. But come tomorrow, the celebration ends, and our work begins.