I’ve got some good news and bad news. Which do you want to hear first? Let’s start with the bad news and end on a high note.

It is heartbreaking to think of all the people who reached the tipping point, after losing their job, losing their home, and running out of money, scrounged up their last bit of savings and bought a tent. Tent “cities” are popping up everywhere around the country. From Athens, Georgia, to Nashville, to Reno, Seattle, and maybe the largest of the burgeoning tent cities, Sacramento. 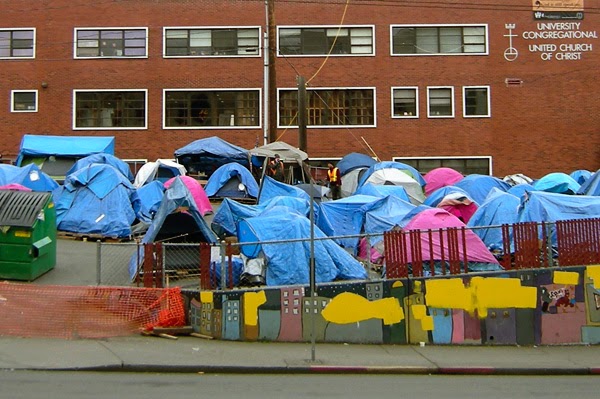 Katharine Q. Seelye, a writer for the New York Times reports on the conditions in Sacramento. “The primitive settlement sits in the shadow of the state capitol and is home to about 300 people who have no toilets or running water, creating unsanitary conditions that advocacy groups worry could promote diseases like cholera. With the downturn in the economy and more working-class people losing their jobs and their homes, the tent city is expanding.” Apparently the city of Sacramento is exploring all avenues for creating temporary housing, but like anything in a monster bureaucracy, this will likely take a while. It is also sad to think that, according to Seelye, in Sacramento, 10.4 percent of rental housing units are vacant and 4.8 percent of owned units are vacant. Shelter, running water, and electricity, all going unused while hundreds of people are permanently camping just a few blocks away. So in case you still weren’t convinced, YES, this economic crisis is very real. And it is getting more serious every day.

No way…that’s enough for a month, let alone one blog. And there’s too much damn bad news out there. I’m going to stop there in an attempt to further prolong any need for a Zoloft prescription in my near future.

Bernie “King Shmuck” Madoff is going to jail…probably for the rest of his life. I mean, the astronomical amount of gall this man must have to start a scheme and continued to grow it to the point where $64 billion dollars in other people’s money were totally lost. He ripped off Ellie Weisel for crying out loud! That is record breaking amounts of gall!  And when he addressed the court today, reports claim that despite his “deep apologies” to the people whom he robbed, his speech and tone remained unapologetic with a tinge of arrogance mixed in for good measure. “When I began the Ponzi scheme, I believed it would end shortly and I would be able to extricate myself and clients from the scheme,” he said. “This proved to be difficult and ultimately impossible.” Oh, well now that you mention that, it’s completely understandable. You wanted to stop it. You really really wanted to, but you couldn’t. Alright Bernie, all is forgiven.

So fine, Bernie’s going to jail forever. But what a bitter-sweet victory. Recouping the victim’s money will be difficult if at all possible, and what about all the other people who helped old Bernie in his scheme? And when can we see some more blame come down on the SEC who needs to share an enormous amount of blame for Madoff’s extended stay atop the International League of Rat’s (ILR) as The Ponzi Scheme Champion of The World.

Looking back on it, was that even THAT good of news? Not really. So let me leave you with some truly great news: Opening day is in a few weeks and the Cubs are going to win the World Series this year. Wooohooo! 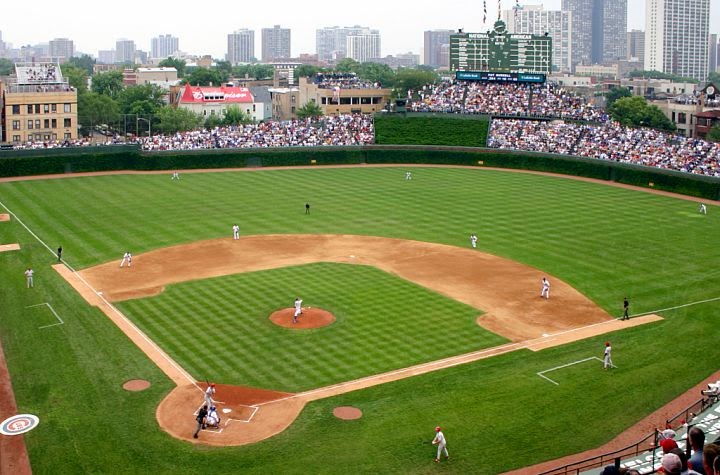