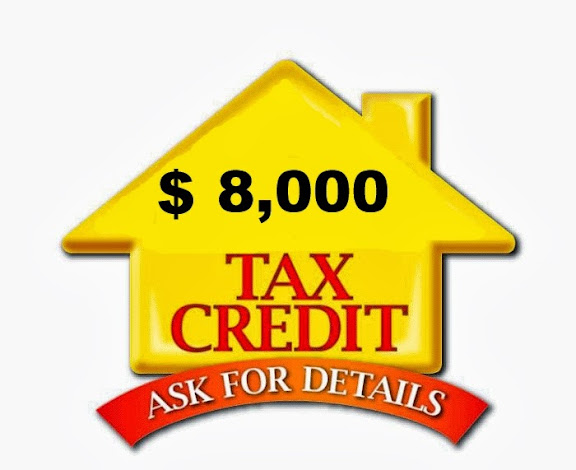 The $8000 First Time Home Buyer Tax Credit offer is due to expire on December 1, 2009 and to qualify, your home purchase must close on or before November 30th.  So if you are a first time home buyer, GET ON THIS ASAP. If, however, you absolutely positively, will not be ready to buy a home by November, then there is still hope out there. There are currently five, count em FIVE, bills on the table in Washington that propose to extend and tweak the current tax credit bill.

The most publicized proposal, has been introduced by Johnny Isakson (R-GA) who is responsible for getting the current tax credit bill passed. This new bill, The Home Buyer Tax Credit Act of 2009, proposes a non-refundable tax credit up to $15,000 for ALL primary residence purchases-not just by first time home buyers. The bill would also remove income limits that had prevented individuals making more than $75,000 a year from claiming the credit. This bill would expire one year after it was enacted.

According to Luke Mullins of USNews.com, Isakson argues that the current tax incentive is insufficient because it misses a second set of buyers who are essential to a housing recovery. “We don’t have a recession in first time home-buyers,” a statement from the senator said. “We have a recession in the move-up market.” The legislation aims to convince these “move-up” buyers that, despite falling real estate prices and mounting job losses, now is the time to buy that larger house.

The second bill floating around the capital, introduced by one Kenny Marchant (R-TX) proposes to extend the existing $8000 tax credit to June 2010 and expand it to all primary resident home buyers. It also adds provisions for a tax credit of up to $3,000 for homeowners who refinance.

The other three bills are all virtually identical to each other, each one proposing an extension of the $8000 tax credit to June 2010 and expanding it to all primary resident homebuyers. I suppose that in Washington, it’s just a matter of getting your name on a bill and trying to be the one that gets the bill actually pushed through.

Isakson’s bill is easily the most aggressive of the lot, and it is not going to be easy to get a bill like that passed. But as Mark Zandi, Chief Economist at Moody’s Economy.com says, “My guess is that if the economy does continue to struggle…if these rates stay higher and the scenario that the recession will end this year is wrong, then there will be another stimulus package early next year, and [the expanded tax credit] could be a part of it.”

So we shall see what happens. But whatever  you do, don’t sit back and wait for one of these bills to get passed. Like I said, if you have the means to qualify now for the $8000 tax credit, do so.