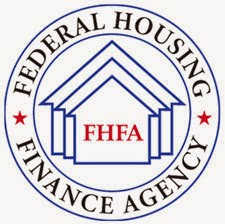 For those that have found themselves upside down on their mortgage, meaning they currently have a mortgage for more than their home is worth, the government is throwing them a lifeline of sorts. As reported by Bob Tedeschi of the New York Times, “This month, the Federal Housing Finance Agency unveiled a new version of its Home Affordable Refinance Program, whereby lenders can offer new mortgages to borrowers even if their home’s value exceeds the mortgage amount by as much as 25 percent-as long as the borrower hasn’t missed loan payments in the past year.” This is quite a step up from what the original program offered.

“Under the initial plan announced in February, lenders could refinance a loan only if the borrower’s mortgage was no more than 5 percent greater than the home’s value” according to Tedeschi. “With property values in many areas down sharply from their peak levels, 5 percent wasn’t enough to help many borrowers.” Well alright, this sounds like something that could really help some borrowers who might otherwise would have tried to do a short sale or even face foreclosure. So what, you may ask, is the catch? Of course there is a catch, but in this case, it is actually not too bad.

First, your current mortgage must be a loan that was purchased by Freddie Mac or Fannie Mae on the secondary market. Before you disqualify yourself, know that most loans are bought by these two government-controlled companies. To check on whether you have a Fannie or Freddie loan, go to MakingHomeAffordable.gov and click on the “Loan Lookup” tab.

Second, if you qualify for this program, your interest rate will almost certainly be higher than the market’s best loan rates. Hits to the interest rates will vary from lender to lender. But as Tedeschi says in his article, “Although these rates may be higher than those paid by so-called prime borrowers, they are a boon for those who are underwater and who would otherwise have no choice but to keep their loan and hope property values rebound, or walk away from their investment.” So if this program might pertain to you, look into it. But know that lenders still need to prepare their systems to accept these new applications, so you might want to give it a few weeks before you apply.

In other news, a new precedent was set last week when a federal judge ordered U.S. Bank to halt the foreclosure on Mr. Jose Perez’s home because, though the loan was negotiated in Spanish, the loan documents were in English. Mark Potter of Potter Handy, LLP, was the attorney on the case, “It is unfair, illegal and violates the most basic notions of decency and fair dealing.”

According to Potter, “Under the Foreign Language Contract Act, if a loan is negotiated in Spanish then the terms of the contract must be provided to the borrower in Spanish. If not, the borrower can cancel the loan.”  And so, United States District Judge Thomas J. Whelan ordered U.S. Bank to halt any attempt “from foreclosing upon or transferring ownership” of Mr. Perez’s family home. U.S. Bank argued that it merely bought the loan and had nothing to do with the making of the loan, but Judge Whelan rejected the argument and held, “rescission is effective against any assignee” and “it would be entirely inconsistent” with the Foreign Language Contract Act “to allow the assignee to ignore the Rescission Notice and foreclose on the Property.” So, ok, the loan is rescinded, but now what? Does U.S. Bank have to renegotiate a loan with Mr. Perez? I looked for  the answer and came up with nothing, so I emailed Mark Potter himself and am awaiting an answer. I will keep you posted.