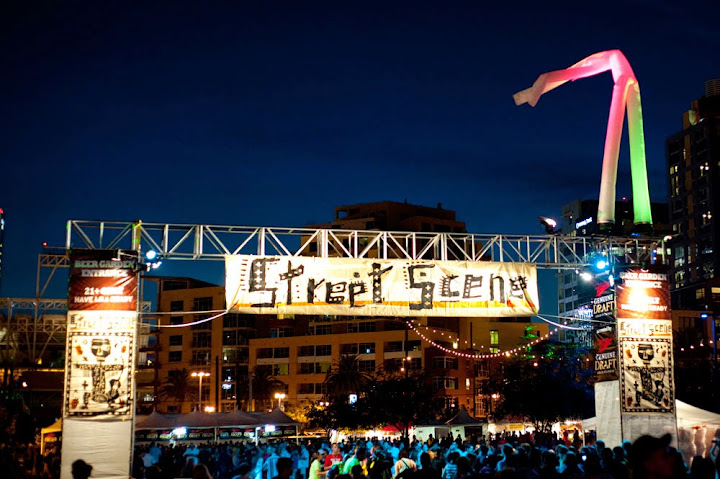 Now, with the construction of PETCO Park, home of the San Diego Padres, has led to a rejuvenation of the areas surrounding it. Shops and businesses underwent a make-over as part of the redevelopment program resulting in a beautification effort to rival other neighborhoods. East Village has thus been transformed into a nightlife mecca with a profusion of bars, restaurants and even condominiums for those who wish to live right in the middle of the action.

San Diego Street Scene is a great way to bring people to the area and really help boost businesses in the Village. Imagine for 2 nights straight, more than 100,000 people were jam-packed within a 6-block radius between 14th Avenue and J St. The spillover from Street Scene was great for local bars, restaurants and other business. I know there are those who probably hated having it so close to where they live but come on, it’s only once a year. I live in Park Terrace right between 10th & 11th where the music was as loud as could be but it wasn’t that big of a deal. It’s good for the area, it’s good for business and it brings an old tradition back to the East Village.

WHAT I REALLY WANTED TO SAY, Cory McGilvery as some of you may know works with us here at Team Aguilar – Axia Real Estate has a real passion for photography and he’s pretty damn good! Cory had the opportunity to shoot Street Scene this year. I think he did an amazing job! Please take a look at the rest of the pictures he took during Street Scene by going to his website, Under My Shutter. He has some great pics!

7 thoughts on “Street Scene was great for everyone!”