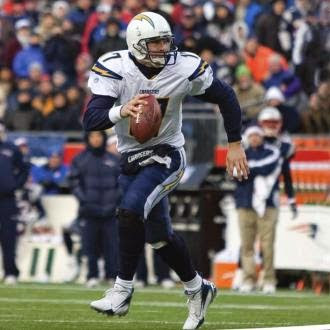 When I heard that Mayor Jerry Sanders and Chargers President Dean Spanos were in serious talks about the possibility of a new stadium located in downtown San Diego, I was THRILLED by the prospect. No offense to the city of Escondido who have been courting the Chargers to move their team there for a quite few years now. It’s just that the Chargers are not Escondido or Chula Vista, and most certainly, not Los Angeles. They are San Diego!

For anyone who has been to Qualcomm Stadium, you fall in to one of two categories:  One type of person believes Qualcomm is an ill-designed cracking slab of concrete with narrow walkways and a cold, uninviting aura. The other type of person is one who has never been to another NFL Stadium to see just how big of a difference a nice stadium can be.  In fact, as far as I’m concerned, Qualcomm and Candlestick in San Francisco are on par with one another and both should be torn down. The Spanos know this and understand this, which is why they want to build a new stadium. But the fact that the city and its taxpayers don’t want to help pay for a new stadium, is the biggest hurdle the Chargers face.

Just because the taxpayers don’t want to help out however, does not mean they are not supportive of Mayor Sanders who is working with Dean Spanos to figure out where the money to build a new stadium can come from. According to Matthew T. Hall of the Union Tribune, one financing option that is being thrown around could come from “selling or developing the city-owned 166-acre Qualcomm Stadium site, which the team would leave vacant.” This is an option where the city can help out without a tax hike. It also brings to light the fact that Qualcomm’s site is HUGE and the proposed site downtown would be much smaller.

The downtown site would be 15 acres directly next to Petco Park that currently includes the city-owned Tailgate Park, the Wonderbread Building, and the bus yard for the San Diego Transit Corp. The beauty of this site, is that the infrastructure is all in place thanks to Petco Park. There’s parking, public transportation set up, and a slew of bars and restaurants in the area that make a killing on game days.  In addition, Hall reports that Charger’s special counsel Mark Fabiani says the downtown stadium makes financial sense “because infrastructure improvements to accommodate a stadium of up to $1 billion elsewhere could cost $200 million, but they are a fraction of that downtown”.

Of course there are naysayers who don’t want to see a stadium go up downtown. Business owners that would have to move, nearby residents who don’t want a huge construction project going on in their neighborhood or the influx of crowds that would be present on game-days.  But I am not going to address such people or such issues, for this is an unapologetically biased blog in favor of a downtown stadium.

Yes, there are hurdles to overcome before this dream can become a reality, mostly of the financial kind. But the city needs this. It needs something it can rally around. Something to be proud of besides the weather, and a beautiful new stadium in the city’s up and coming downtown is just what the doctor ordered.  And can you imagine how much money a Super Bowl hosted downtown would bring into the city?  But all the benefits of a new stadium are light years away. At this point it’s just good to see that San Diego is once again the front-runner for the new home of the San Diego Chargers.