The world of celebrities and real estate frequently intersect – stars buying million dollar homes and stars losing million dollar homes have been tabloid fodder for decades. For a change of pace let’s look at real estate agents who are celebrities in their own right, not REALTORS® to the stars (plenty of them around) but agents working in the field who are (or were) famous for one thing or the other. Keep in mind we use “celebrity” in the loosest sense of the word.

Star of Pawn Stars, the hit History reality TV show, Richard Harrison (better known as ‘Old Man’) had a long and storied career before finding success in the cutthroat world of Las Vegas pawn-brokers. Before reality TV stardom and the bright lights of Las Vegas, ‘Old Man’ Harrison spent 21 years in the US Navy. He and his family were based in San Diego for most of those 21 years, where Harrison’s wife JoAnne obtained her REALTORS license and opened a San Diego real estate office in 1973. After he left the navy in the late 70’s Harrison helped run his wife’s San Diego real estate business for a number of years, until 18 percent interest rates in 1981 almost drove them to bankruptcy. The couple was forced to close up their San Diego real estate office and make the move to Las Vegas with less than $5000 to their name. Soon after the move ‘Old Man’ Harrison opened his first store, a tiny 300 square-foot Gold & Silver Coin Shop and the rest, as they say, is history.

2. Sharona off The Knack’s hit, My Sharona 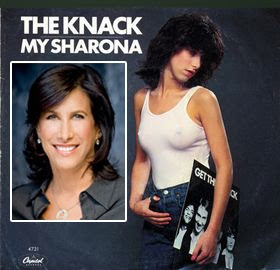 Sharona Alperin met The Knack’s lead singer Doug Fieger when she was 17 and a four year relationship ensued. His time with her inspired Fieger to write the band’s one and only hit, ‘My Sharona.’ Today, Alperin is a REALTOR for Sotheby’s International Realty, selling high-end real estate in West LA. Even though Alperin has been a successful real estate agent for more than 20 years she does not back away from her place in rock history, as anyone visiting her homepage will see.

Fredrik Eklund left his native Sweden in 2001 and arrived in California where he starred in six gay pornographic films for the next two years. Eklund then made the move to New York where in a short amount of time he went from having zero clients and no real estate experience to becoming the managing director of Core Group Marketing, a boutique real estate firm where he handled a $58 million portfolio in 2010. Eklund is currently the managing director of Douglas Elliman Real Estate in Manhattan with “more than 1.5 billion dollars in residential sales over the last 11 years” according to his online profile.

Son of a prominent public figure (noted Swedish economist Klas Eklund), Mr. Eklund’s colorful past has made him something of a minor celebrity in his native Sweden. Now, with his Bravo real-estate themed reality show entering its second season, Eklund is well on his way to becoming a minor-celebrity here in America.