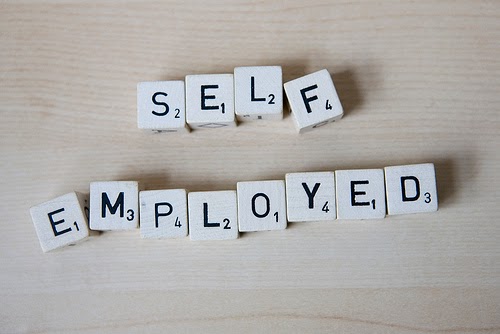 Ever wonder why there are not any home mortgage options for the self-employed? One of the many ironies of working in real estate is that real estate agents themselves often have a harder time being approved for a mortgage than the clients they represent! Self-employed individuals (such as real-estate agents) are generally not seen as the ideal borrower. They typically pay higher interest rates than someone who collects a regular paycheck from their employer. If an advertised mortgage rate seems too good to be true, it usually is. The best rates are applicable only for prime borrowers. Individuals with excellent credit scores and steady verifiable income source. Something many of the self-employed lack. But of course they never mention that in the ads.

As a self-employed individual you will often have to go the extra mile to find lenders willing to work with you. Reporting requirements are more stringent and lenders will look at your financial background with more scrutiny than they would a regular 9-to-5 employee with a steady income.

Traditional FHA Loans – Most lenders these days will only offer traditional FHA loans to the self-employed on the basis of their tax returns for the last two years. Borrowers will have to fill out IRS Form 4506-T, authorizing lenders to request tax transcripts. Tax returns can only be received directly from the IRS and not the borrower and lenders will have to wait until the IRS has processed and recorded them.

A lender will look at the average of the borrower’s adjusted gross income for the last two years, unless the most recent year shows falling income, in which case the lower number will be used. The actual requirements (such as the debt-to-income ratio) to qualify for an FHA loan varies greatly depending on each borrower’s unique financial situation – this is something you really should discuss with a qualified mortgage broker or financial adviser.

Stated Income Loans – Before the housing market crash of the mid to late 2000’s, most banks would approve what was known as ‘stated income’ loans from most self-employed individuals. A stated income loan, as the name suggests, was where the mortgage lender would approve the loan on the basis of the borrower’s stated income, without verifying it against pay stubs, tax returns or other documents. Needless to say such loans were abused (by both borrowers and lenders) to such an extent during the housing boom, they came to be known as liar’s loans.

No Documentation Loans / Alt-A Loans – Similar to stated income loans, these are loans given out in the secondary market where the lender will not seek to verify borrower income information. Since these are riskier loans than full documentation loans, the interest rates will be considerably higher. As with stated income loans, Alt-A loans have come under increased scrutiny in the wake of the housing market crash of the mid to late 2000’s. 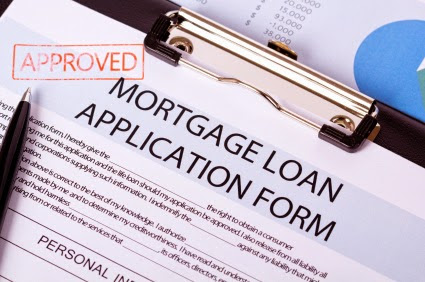 Self-employed individuals often report business expenses on their tax returns in an effort to reduce their overall tax liability. Although showing a low net income is beneficial for tax-purposes, it can actually hurt a self-employed person’s chances of obtaining mortgage approval as the net-income reported in the tax return is assessed. This is something that any self-employed individual who is thinking of buying a house in the next year or two should be mindful of.

While showing two years of tax returns may be enough for some lenders, many will want additional documentation – including proof that the business the self-employed borrower purports to run really does exist. This extra documentation can come in the form of a statement from the borrower’s accountant, a copy of the business license, an official business website, written statements from existing clients and 1099 income statements.

Improve Chances of Getting Approved as  Self-Employed Borrower

While getting a mortgage as a self-employed individual may not be the easiest thing in the world, there are certain steps you can take to improve your chances of getting a loan:

Many would-be homeowners in San Diego struggle with limited loan options available to them today, compared to 6-7 years ago when it was relatively simple to get a home loan. If you are a self-employed individual who needs help getting a mortgage, contact us at Team Aguilar. We will advise you on your options and point you in the right direction so you can get qualified for a home loan.

We are a full service real estate firm and will assist you in any way we can to become a homeowner! Hope these Home Mortgage Options for the Self-Employed article was useful for you.